
Copyright © 2022 Digital media blog website. All rights reserved.

What you Need to Know About Ladbrokes and Coral?
News

What you Need to Know About Ladbrokes and Coral?

SarahAddyson
posted on 2 years ago
119
views
The history of betting and gambling can be traced back thousands of years. People would gather for various organized or spontaneous sporting events and choose their favorite.

The history of betting and gambling can be traced back thousands of years. People would gather for various organized or spontaneous sporting events and choose their favorite. Bets would be placed and the winner, or winners, would take their prize. Of course, as time marched on, and people became more and more interested in gambling, new forms of wagering came into play. People started organizing special venues specially designed for placing bets and gambling. The first known casino, the Ridotto, started operating in Venice in the mid. 17th century. It operated until 1774. In modern times, gambling has become a multi-billion dollar industry, with gaming and betting companies like Ladbrokes and Coral some of the biggest names out there. Multinational conglomerates now own the better part of this booming enterprise, but with a base of clients constantly on the rise, there’s nowhere else to go but up.

The company was founded towards the end of the 19th century, but didn’t get its name until the beginning of the 20th century, when Arthur Bendir joined Messrs. Schwind and Pennington, and moved the offices from Warwickshire to London.  The company’s main product was horse racing, drawing most of their clients from the rich and exclusive gentlemen’s clubs from the Central London area.

After the Second World War,  Ladbrokes  underwent a series of changes, including being bought due to dwindling customer numbers and a failing post-war economy. It did keep on operating under its name. After revitalizing a much needed revitalization, the company started expanding both the gambling products they offered as well as their areas of interest. They started investing in casinos and real-estate and even managed to get listed on the London Stock Exchange. Business was booming, and from 50 shops operating in 1967 they managed to get to 1,135 shops in 1973. The company even managed to acquire Hilton International in 1987 and use the Hilton brand outside of the United States.

Numerous scandals and rising debt made the company rethink and reinvent itself by the end of the ‘90s. Coming under fire, both from inside and from state authorities, made the managers redirect their attention back to gambling, and the extensive portfolio of the company was divided up and sold off. But that didn’t stop the company from reinventing itself and becoming one of the most trusted names in the industry.

The company was a bookmaking business started by Joe Coral in 1926. It primarily handled betting pitches at racecourses but it slowly extended to raceways and even a credit office. The business flourished and started branching out into betting offices. Due to the new rules and regulations regarding gambling activities, the company extended even more and started entering the real-estate and leisure industry.

After a failed buy-out attempt made by Ladbrokes in 1998, the two companies merged successfully in 2016, becoming the biggest bookmaker in Britain, with a total of over 4,000 shops and 30,000 employees. Although technically part of the same company,  Coral  keeps operating shops under its own name.

Both companies are now part of GVC Holdings, one of the biggest retail and online gaming and betting companies in Europe. They are the biggest retailer of their type in Spain, Belgium and Ireland and are the second biggest online operator in Italy. Apart from Europe, the company also has a very strong presence Down Under, where they manage the third most recognizable betting brand.

What are Betting and Gaming? 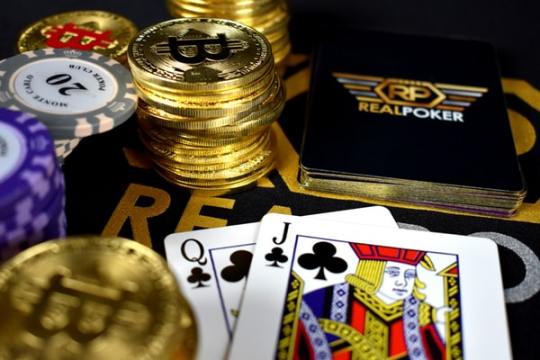 Both betting and gaming are, in many respects, the two sides of the same coin because one could not define one without the other. Betting needs a game just as much as gaming needs bets to make it more interesting for all the parties involved. The promise of the prize, the adrenaline of the risk and the exhilarating rush of the win makes this gamble worth taking.

Either if you choose Ladbrokes or are a Coral man through and through, the thrill of the game is the same. Now, thanks to modern technology, you can experience this thrill from the comfort of your own home. And not just with horse or hound racing. These companies offer a very wide range of games and betting opportunities in order to satisfy every need. From classic casino games to the latest sporting event in almost any corner of the world, their online presence makes it easier for you to enjoy your favorite pass time.