
Copyright © 2022 Digital media blog website. All rights reserved.

Is it a good or a bad thing that people diagnose themselves today? | Acemyhomework Writers
Education

Ronreagan
posted on 2 years ago
147
views
Perhaps you reading this article at one time fell ill and decided to consult the internet instead of going to the hospital. It happens many times with the

Perhaps you reading this article at one time fell ill and decided to consult the internet instead of going to the hospital. It happens many times with the current generation. Is it a good or a bad thing that people diagnose themselves today? This is a question that will be answered in the subsequent portions of this article.One may wonder why some individuals opt for the internet when they become ill with an aim of carrying out self-diagnosis rather than visiting health facilities to be examined by qualified physicians. Possibly, this situation could be attributable to the increasingly limited time with doctors compounded by the enhanced capability of finding everything on the Internet Search engines such as Google. Consequently, individuals could be tempted to find out on their own whatever type of illness they may be suffering from without necessarily having to share their problems with fellow humans, something that may come with a lot of judgments. For instance, a practitioner may make faces that could easily be misinterpreted by the patient. Take a situation where a doctor responds with raised eyebrows to indicate utter surprise upon hearing that a patient has stayed longer than usual with a given illness before seeking medical attention. In such a case, it is generally expected that the patient would rather report otherwise just so they cannot be perceived as ‘abnormal.’

Additionally, some people (the citizens of the internet nation) merely enjoy the act of getting every bit of new information from Google. Arguably, such persons tend to advocate for straightforward processes in the sense that they have a particular distaste for situations that subject them to ‘unnecessarily’ lengthy procedures before they get to really know what they are after. It is a norm and indispensably in line with the dictates of professional standards of practice that a doctor would ask questions which might appear totally unrelated to the situation according to the patient. As such, persons who do not feel like being taken through the routine steps would prefer taking to the internet for straightaway responses. If the end result is almost always the same (the diagnosis), why not go for the most convenient option?

Reading is generally informative and helpful but this should not lead one to underestimate the benefits of discussing their problems with the doctor before finally getting to decide the correct treatment for their illness. Is it a good or a bad thing that people diagnose themselves today? It is a bad thing! This is because self-diagnosis comes with certain detrimental effects that no individual would readily welcome. Firstly, it is highly likely that someone may miss a medical condition that easily passes for a psychological disorder and subsequently go for an over-the-counter prescription for the wrong condition. For example, one might be treating depression instead of attending to a heart condition or an endocrine disease such as hyperthyroidism. Additionally, self-diagnosis could cause a significant amount of harm particularly when an individual is in self-denial. One could go for the usual antipyretics or analgesics citing a change of moods as a possible cause for their headache while the reality could be a heart disease such as coronary heart disease with a headache being just one of the notable symptoms.

Another factor that may appear trivial yet with far-reaching consequences is the effect self-diagnosis has on the relationship between one and their doctor. While the doctor may appreciate such pre-exposure to valuable information, they would generally prefer active discussions leading to the overall diagnosis. Therefore, self-diagnosis is a bad practice and should be highly discouraged in whatever situation. 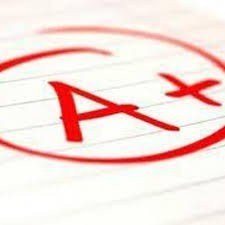