leather clothes for anyone

yasinoorozi
posted on 3 months ago — updated on 3 months ago
122
views
News
Iranians with the three-thousand-year history are the first and the oldest producers of leather in the world. The ancient remnants of the BC era indicate that Iranians used skins for clothing, footwear and weapons from about 1500 BC, but since 550 BC, they used leather for clothes and armor

Iranians with the three-thousand-year history are the first and the oldest producers of leather in the world. The ancient remnants of the BC era indicate that Iranians used skins for clothing, footwear and weapons from about 1500 BC, but since 550 BC, they used leather for clothes and armor.

The production of leather products date back to 550 years ago, but Iran’s modern leather industry began at the 1930’s. The first industrial leather plant was established in 1933 in Hamadan and the second plant was founded in 1935 in Tabriz.

During the reign of Ahmad Shah Qajar, the last Qajar king, evidence has shown attempts to import leather processing machinery from the West, proving Iran’s quest to build leather factories extended beyond the early 1900s. After the bombardment and closure of the First Parliament, Mohammad Ali Shah Qajar ordered the establishment of a new assembly within Iran. The members of this newfound assembly discussed an agreement to build up a modern leather factory. Prior to this agreement, Iran only enacted traditional tanneries (dabbaghi) for leather production.

Case in point would be

a growing high-end brand that specialises in leather bags and other personal accessories. They make a point of being western centric hoping to grow their clientele base beyond the streets of grand north Tehran. Dorsa in all truthfulness could compete with European leather brands and with the uniqueness of the cattle of north Iran, you would be surprised at the quality of the final product.

This industry retained its independence for a long time. With technological progress and achievements, and development of modern machinery and new method for processing the leathers and hides, Iran’s leather industry considerably flourished. In 1960’s and 1970’s, tanneries and leather processing units mushroomed across the country. With the advent of Islamic Revolution in 1979, the leather industry came to a sudden halt. 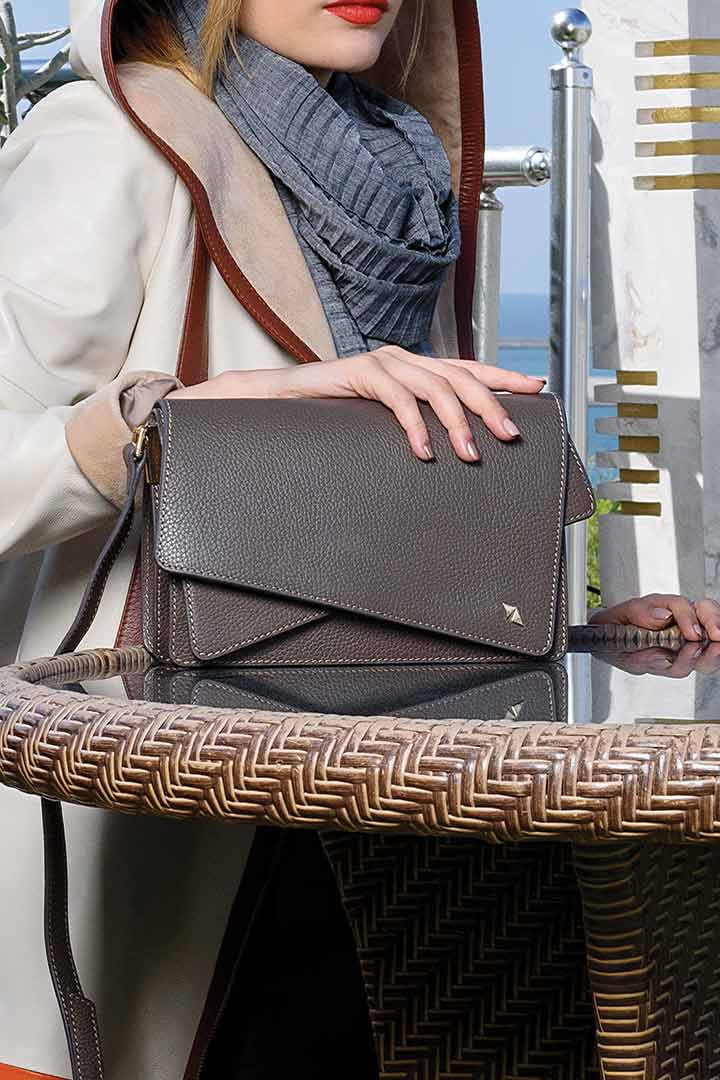 Leather is made from animal skins such as sheep, goat, kid and lamb. The light leather that is obtained from the skin of these animals is thin and delicate and has low fiber density. It is also very suitable for producing small bags, clothes, jackets, coats, gloves and the thinner and lower quality is also used for the production of lining bags and shoes.

Leather which is made from ostrich skins is semi- heavy leather. The density of the fiber is higher than light leather, therefore has a higher thickness. This leather has a high price, then it is used to make products that are decorative or luxurious.

Then comes the northern Turkish speaking city of Tabriz towards the north western end of the country. This is a city as old as time itself with people from many cultures passing through over the centuries, courtesy of the Silk Road. Tabriz in its modern formation is most famous for its hand crafted leather shoes, using the finest bases from Turkish companies and the fantastic Iranian leather, the outcome is a shoe that hugs and will last for years.

Leather is made from animal skins such as cattle, buffalo, calves, camels and so on. The leather has the most dense fibers, so they have high strength. Such leather is used in the production of all kinds of leather bags, coats, belts, insole and outsole of shoes and bag, boots, industrial equipment belts, office and home furniture, insulating and soundproof doors and walls.