How to Grow a Successful Betting Company Like Unibet or Betfair?

SarahAddyson
posted on 2 years ago
138
views
There are few industries as demanding as the betting and gambling industry. Major players, with decades of experience, can find themselves fighting for survival as new, innovative rookies take them on in a battle for market shares.

There are few industries as demanding as the betting and gambling industry. Major players, with decades of experience, can find themselves fighting for survival as new, innovative rookies take them on in a battle for market shares. Also, fresh and new concepts could be swallowed up and never get off the ground because of improper marketing or not being able to deliver what their clients expected.  Some stories don’t have a happy ending. But some do. Unibet and Betfair are two of the most successful betting platforms out there. Their beginnings were somewhat slow, but they quickly got to being internationally recognized.

When founder Anders Ström started taking bets over the phone in 1997, in his house in Earl’s Court, he might not have imagined where this adventure could take him. The company was licensed a year later and a year after that the first online betting website was launched. The company grew very quickly thanks to the fact that the site supported multiple languages.

By 2004 Unibet  reached 300,000 registered users from over 100 countries. The same year the company went public on the Swedish Stock Market. Expansion began with the buying of Betchoice (Australia) and Stan James Online. The company is now one of the most well-known in the business, operating in countries from all around the world.

In order to manage the expanding conglomerate a new vision was needed. Thus the Kindred Group was born. The groups helps manage the brands that make it up, and better understand the best way to cater to its client’s needs.  Services offered by the brands of Kindred include casino games, sport betting, online poker and bingo. Also, the group helps keep the betting and gaming experience as clean as possible. Efforts are being made, and policies are being elaborated, by them and other groups in order to control abusive gambling or any kind of fraud that could take place on their platforms and potentially harm their clients.

This was the brainchild of Andrew Black. He wanted a modern version of the old bookmaker. He wanted to reinvent online betting by giving it back to the people doing the betting. His idea was for a platform that lets people interact with each other and help and give each other tips regarding bets. The idea had a bit of a rough start at first, but inevitably took off in 2000, when Black and his partner Ed Wray launched the website that would take the bookmaking world by storm.

Depending on whom you asked back in the day,  Betfair  was either groundbreaking or utter nonsense. Traditional bookmakers, and some of the rival companies, weren’t very pleased but could do nothing. Others welcomed the idea and wanted to get as close to the action as possible. Regardless, the company took off and expanded beyond UK borders. Due to strict gambling and betting laws and regulations in other countries some bumps along the way were to be expected, but that didn’t discourage the people running the company.

After becoming the first gambling company to sponsor an English football team (Fulham 2002-2003), the company went even further by launching its own radio in 2007, which was available both online and offline. In 2009 the company bought TVG Network. Although starting out as a betting platform, they added online poker and other casino games in the latter years. Ultimately, after being floated on the London Stock Exchange, the company merged with Paddy Power into Paddy Power Betfair in 20016.

What to Learn From These Companies 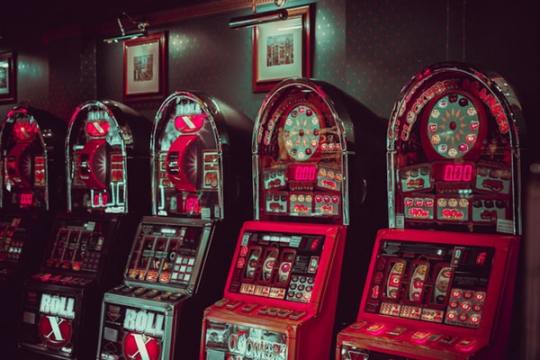 Ideas come and go. Some are good and some are less than that. Companies can be founded and then sold off. As long as the main objective of any company is the satisfaction of its customers, that company has done its job. Yes, managing an online betting and gambling company like Unibet or Betfair can be troublesome some times, but it can also be very rewarding. It’s all a matter of how connected you are with your customers.

In order to have a successful company there are a few items one should always keep in mind:

• Come up with a good concept and management strategy;

• Always make sure to understand your customer and his needs;

• Don’t let quick money lure you away from your goal;

• Invest in anything new that can give you an edge over the competitors;

• Always be prepared for a loss, but don’t be surprised of a win.