BlockchainX
14
views
Even though NFT has been around since 2014, most people might be new to the term last year or even this year. It is undeniable that the development of the NFT trend has increased drastically in the past year. His influence in various industries was felt so great, one of them in the sports sector.

Why is sports NFT so popular?

For both clubs and athletes, sports NFTs provide them with a reliable source of additional income, which can further foster fan engagement . As we know, engagement is a very important metric in the world of sports, and when there is a proven effective way to build engagement like NFT, of course no one wants to miss it.

At the same time, the fans also benefit because they have a new way to show their support for their favorite club or athlete. They can also enjoy the various utilities offered, such as special discounts when purchasing club merchandise , or the opportunity to meet their favorite players in person. Finally, of course, they also have the opportunity to earn money from the sales of NFT in the secondary market .

The popularity of sports NFTs is also supported by the many NFT marketplace development company for various sports that have been circulating lately. From super-popular ones like NBA Top Shot, to specific ones targeting local markets like Bolafy, these platforms are here to make it easier for fans to collect and trade sports NFTs.

In this article, I've rounded up 10 must-know sports NFT platforms, especially if you claim to be a true sports fan. Here's the list. 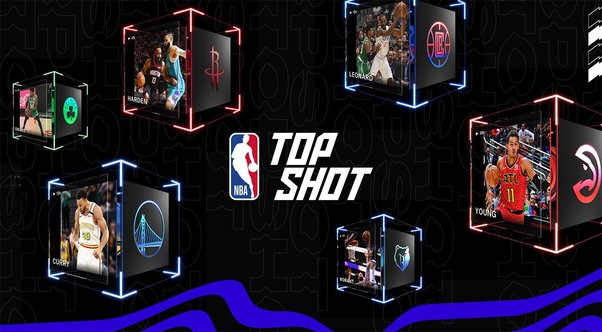 Officially launched in October 2020, NBA Top Shot is the most successful sports NFT platform so far, with a total secondary sale transaction volume of over $1 billion based on data from CryptoSlam . In NBA Top Shot, basketball fans can collect NFT of the best moments that have happened in the NBA league so far.

Every NFT asset in NBA Top Shot falls into one of four rarities : Common, Fandom, Rare, and at the highest, Legendary. The higher the rarity , the more expensive the NFT is. The luck factor plays a very important role in NBA Top Shot, because the NFT is sold in random packs with a limited supply. When the supply pack has run out and you haven't managed to get the desired NFT moment, then the only way is to buy it from other collectors on the secondary market .

NBA Top Shot was developed by Dapper Labs, a company with extensive experience in the Web3, which is responsible for developing popular NFT projects such as CryptoKitties and blockchain Flow . NBA Top Shot is also built on the Flow ecosystem which is claimed to be environmentally friendly. 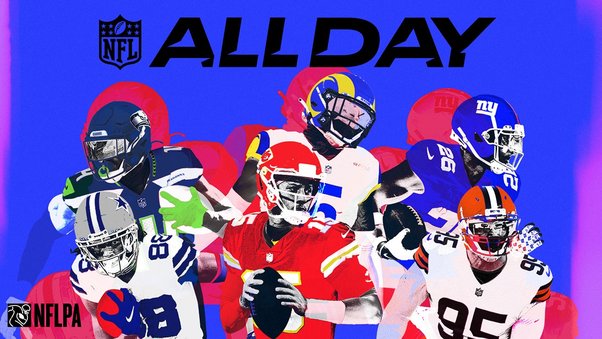 For those of you who are familiar with NBA Top Shot earlier, it won't take you long to understand NFL All Day . This is a sports NFT platform with almost the same concept, but which is devoted to the sport of american football , with an official license from the National Football League (NFL).

The similarities between NFL All Day and NBA Top Shot are not surprising considering that they were both developed by Dapper Labs. NFL All Day also relies on the Flow blockchain , and the supported payment methods don't always have to involve cryptocurrencies . The difference is, NFL All Day has just come out of the beta phase recently, so the NFT collection of moments circulating in the marketplace is still not as big as NBA Top Shot.

3. La Liga and Serie A League 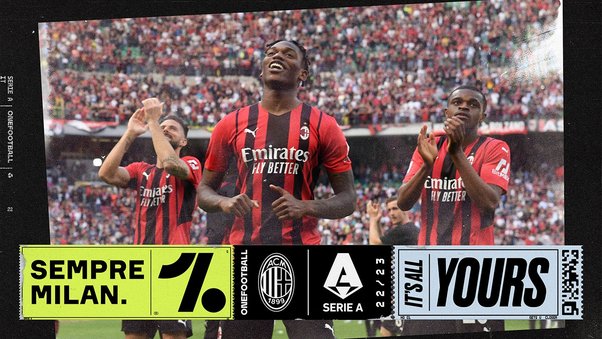 Turning to the sport of soccer, so far there is no NFT platform from a particular league that has been operational. However, the two that have shown interest and are building their respective platforms are La Liga (Spain) and Liga Serie A (Italy).

For the fans who can't wait, the NFT Liga Serie A platform will reportedly launch officially on August 29 . For the NFT La Liga platform, unfortunately, so far it is still unclear when Dapper will open its access to the public. While you're waiting, you might want to take a look at the NFT collection that FC Barcelona launched recently — well , unless you're a true Madridista. 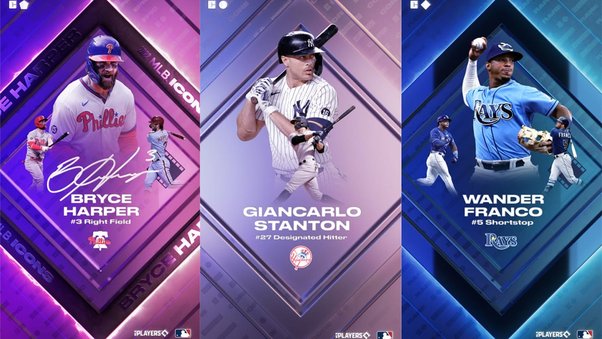 Baseball cards often set records as the most expensive sports cards in history , so we shouldn't be surprised if there is now a digital version that uses NFT. This baseball card NFT can be obtained by fans thanks to the collaboration of Major League Baseball (MLB) with an NFT platform called Candy Digital.

This NFT MLB x Candy platform features an NFT of 720 players whose stats will be updated daily throughout the season, something we can't get from traditional baseball cards. In addition, every day there will also be an NFT Play of the Day featuring the best match moments from the current season.

Different from Dapper Labs, Candy Digital builds its NFT ecosystem on top of the Palm blockchain . Technically, Palm is a sidechain to Ethereum , meaning it can operate completely independently while still being connected to the Ethereum ecosystem when needed. In other words, the MLB and Candy Digital NFTs can also be traded on other NFT marketplace development that are integrated with Ethereum. 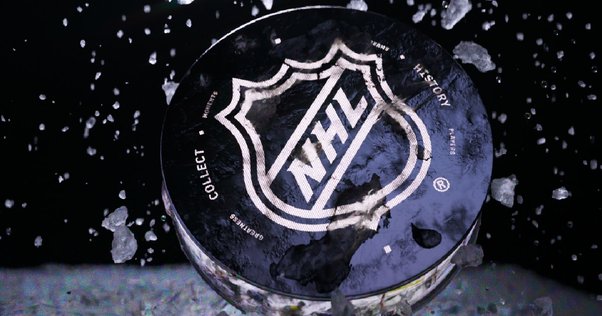 For hockey fans, in the near future you will be able to collect NFT from the NHL league thanks to its collaboration with the NFT platform called Sweet. Like most NFT marketplace development from other sports, the NHL x Sweet NFT platform is also set to be home to an NFT collection of the best moments that have ever happened in the history of the NHL league.

The gamification element is also said to play an important role in this NFT NHL platform. It's not yet known what blockchain will be used, but if you look at the multi-chain approach that Sweet's platform uses itself, the NHL can actually choose one of the following three options: Ethereum, Polygon, or Tezos. 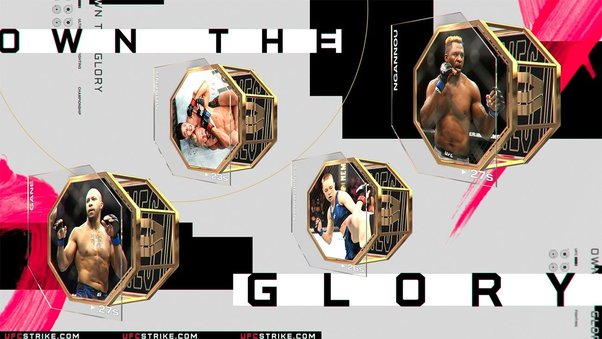 The NFT trend is not only popular in team sports, because martial arts tournaments such as the UFC now also have their own NFT platform called UFC Strike . Developed with Dapper Labs, UFC Strike features a collection of the best moments from various fighters who competed in the UFC.

Like other projects by Dapper Labs, UFC Strike also has its own secondary market that utilizes the Flow blockchain ecosystem . This marketplace is important considering that the UFC NFT collection is also released in bundles with random contents, and collectors can easily transact using US dollars.

Still with the wrestling theme, fans of WWE professional wrestling shows can now also collect the best NFT moments thanks to a platform called WWE Moonsault . The extreme maneuvers that WWE superstars have ever executed are beautifully packaged in NFT format, complete with complete descriptions of each highlighted moment.

WWE Moonsault is built on Eluvio Content Fabric, an Ethereum Virtual Machine based blockchain developed by Blockchain Creative Labs (BCL). BCL itself is a special division of Fox Entertainment's Web3 .

Alternatively, for those who are only interested in collecting NFT WWE superstar cards, they can take a look at the platform that WWE has built with Candy Digital . However, since it has just been released, the collection so far is not large and there is only one legendary wrestler, Shawn Michaels. 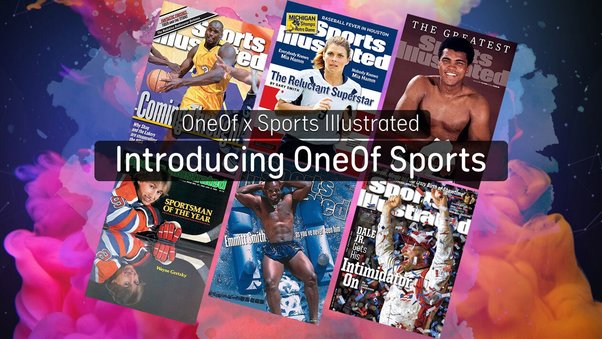 Most sports fans should be familiar with Sports Illustrated magazine. For more than 60 years, the US magazine has been highlighting the best athletes from various sports, and now we can collect the digital version in NFT form through a platform called OneOf .

The NFT Sports Illustrated collection offered by OneOf does not only feature the cover of the magazine, but also 3D animations of each athlete. In addition to OneOf's marketplace , some of these NFT Sports Illustrated collections will also be released via eBay, which last May had signed a cooperation contract with OneOf . For its blockchain selection , OneOf has so far supported Tezos and Polygon. 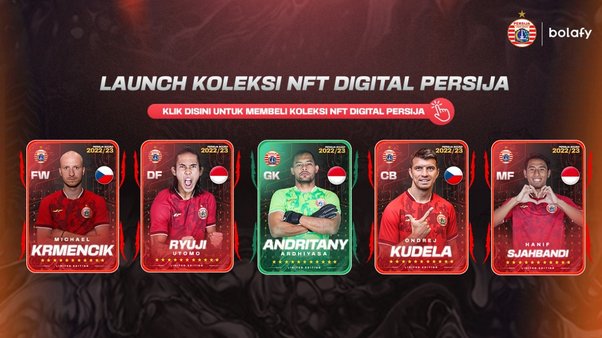 As mentioned earlier, the trend of sports NFT is not only popular in the international arena. For fans of the national football league, there is now a platform called Bolafy which offers the opportunity to collect the best moments from Liga 1 in the form of NFT stored on the Polygon blockchain .

Like the non-sports NFT platform, Bolafy is also designed so that those who can use the platform are not only crypto -savvy people. This is evidenced by the support for transactions using rupiah, complete with very low minting fees for all NFTs.

Apart from being a collectible item, the NFT released by Bolafy also has a number of utilities, one of which is to represent the loyalty program for each club. At the same time, several Indonesian football clubs are also aggressively carrying out their own NFT initiatives, for example PSS Sleman which released a collection of NFT profile photos , and Persebaya which developed NFT tickets . 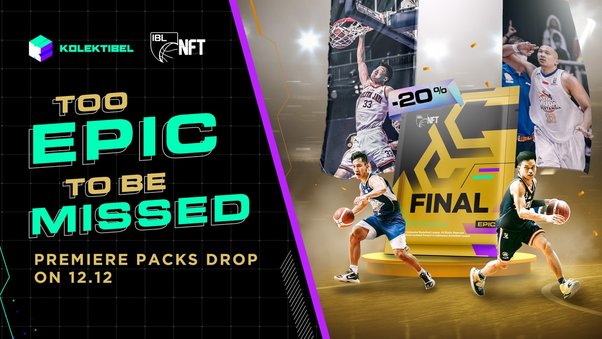 The phenomenal success recorded by NBA Top Shot has inspired other professional basketball leagues, one of which is the Indonesian Basketball League (IBL), which collaborates with the NFT Kolektibel platform . The premise of the Collectible's offering is generally quite similar to NBA Top Shot: NFT displays the best game moments and is sold in packs , and collectors are welcome to trade their collections on a secondary market built on a blockchain called Vexanium.

That was a list of sports NFT marketplace development , both foreign and local, that sports fans need to know. If you look at the trend of NFT sports that continues to rise, it is not impossible that in the future other NFT platforms will emerge that serve more sports.